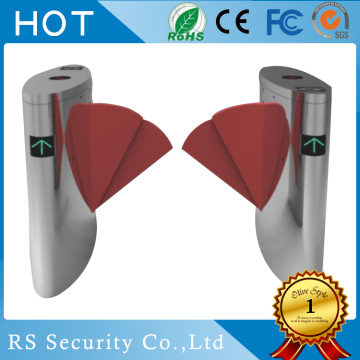 1. It has a clear and definite indicating function for the passenger, and it is displayed directly and visually on LED with passing or barring indication for passenger.

2. The entire system runs smoothly, with a low noise and free of mechanical impact.

3. Control of the tripod is achieved usually by an electro-mechanism mounted within the top section of the flap barrier and accessible by open the top cover. Only mechanical control is also available.
4. It has failure self-detect and alarm indication function, facilitating maintenance and application for the users.

5. A positive action lock/anti-tailgating function which prevents two passages at one time.

6. The flap barrier is provided with a standard electric interface and is easily integrated into a system with write/read facilities such as magnetic card, bar code card, ID card, IC card or biometric device.

7. Two or one direction can be controlled by switch-button and access controller.
8. It is provided with multiple operation modes for selection. It can either read card in double way for flow limit, or reading card in a way while barring in the other, or read card in a way while free passage in the other. Moreover, the operation mode of flap barrier may be set up with the software.

9. The mechanism is locked until a valid open signal is received. 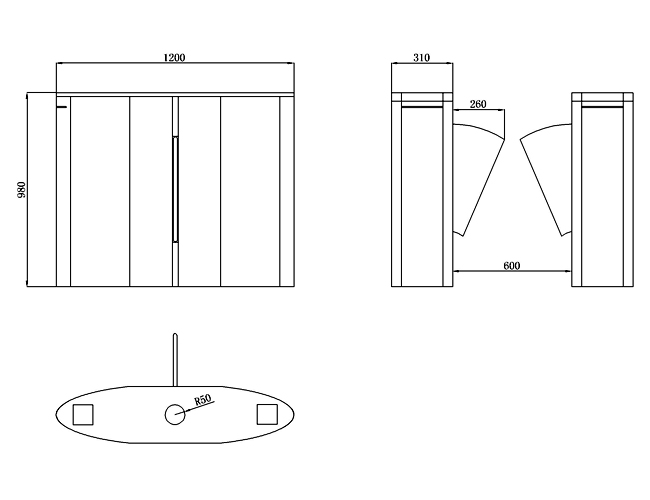 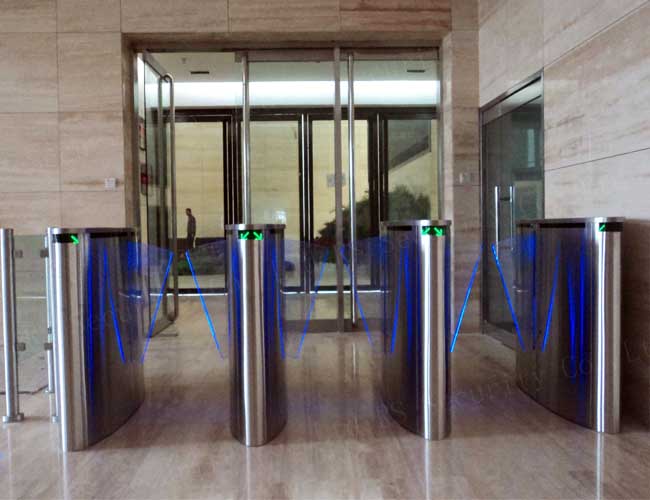 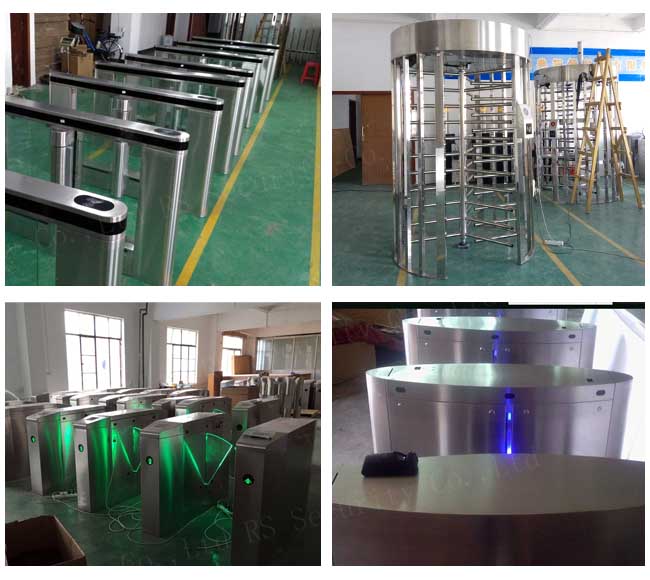 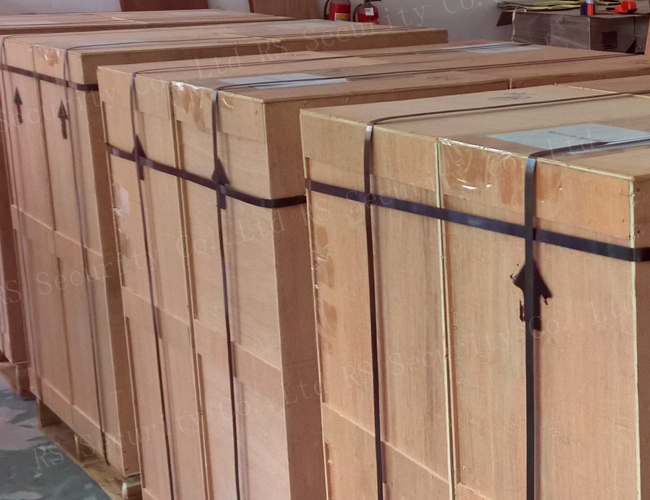 RS Security Co., Ltd. is specialized in physical access control turnstiles; we produce waist high Turnstile, full high turnstile, flap barrier, swing door and so on. Having been in this field over 10 years` experience, we are now in the position to provide cost effective physical turnstile solutions. Our products are very popular both in China and oversea. So far, we have exported automatic turnstiles and gates to more than 50 countries in the world and the quantity keeps increasing. Our turnstiles are widely used in tourist scenes, construction sites, residential areas, schools, library, restaurant, bank, port and so on. We always believe that returning customers are the satisfied ones; we sincerely hope to build a long term and stable business relationship with you. Thank you!

Email to this supplier